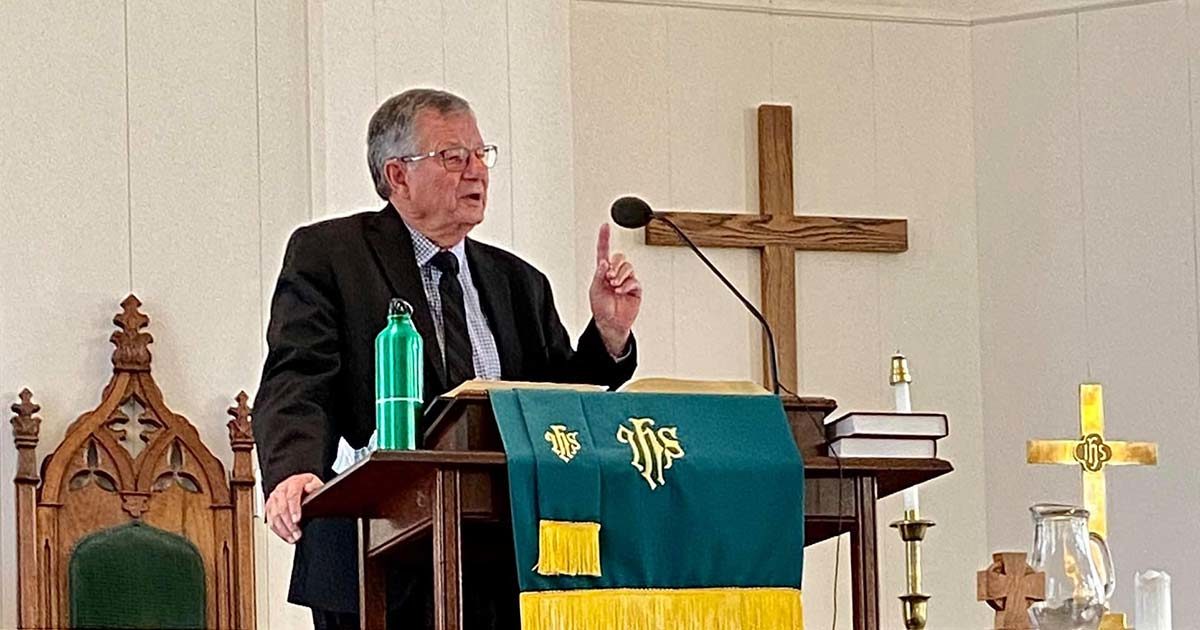 The Nineveh Presbyterian Church welcomes The Rev. Richard S. Tosh as our new pastor. Pastor Tosh will be serving the congregation in a ½ time position. He is an ordained minister in the United Church of Christ denomination, receiving his MDiv degree from Princeton Theological Seminary. As an Associate Pastor, Senior Minister and Pastor, he has served churches in villages, suburbs, and large and medium sized cities. Rev. Tosh has also taught at the college level and served as a Chaplain at a Nursing Home. He has been involved in community service, having been a member of both the Rotary and Lions Clubs. His community service also includes serving as a Hospice volunteer and board member. He has volunteered with the UCC Partners in Service in disaster areas, as a Get-Out-the-Vote canvasser in national elections, and resident volunteer in State and National Parks.

Pastor Tosh has two adult children and two grandchildren who are a part of his life in meaningful ways. A 38-year marriage and an 11-year relationship with a companion, who has shared his life since his wife’s death in 2008, are also a part of who he is as a person, preacher, and pastor. He states: “My family has been an important part of my life and the development of my theology and sensitivities.”

After being retired from pastoral ministry for several years, it was on one of his resident volunteer trips in Arizona, that Pastor Tosh attended a church where he was invited to sing in the choir. He accepted the invitation and one Sunday morning, looking out onto the congregation from the choir loft, he observed the congregation’s engagement with the pastor. He realized how much he missed that interaction and subsequent relationships. He felt called back into serving a church as their pastor.

In Pastor Tosh’s own words, “I am looking forward to the next steps and to begin being with all of you in Nineveh as Pastor. May God find our relationship as Pastor and People a fulfillment of the Holy Dream, working toward peace and faith in the hearts and minds of all of us.”

We are excited to have Pastor Tosh with us and welcome him to the Nineveh Presbyterian Church. In the near future a service of installation will be scheduled, and we will keep you updated with those details.